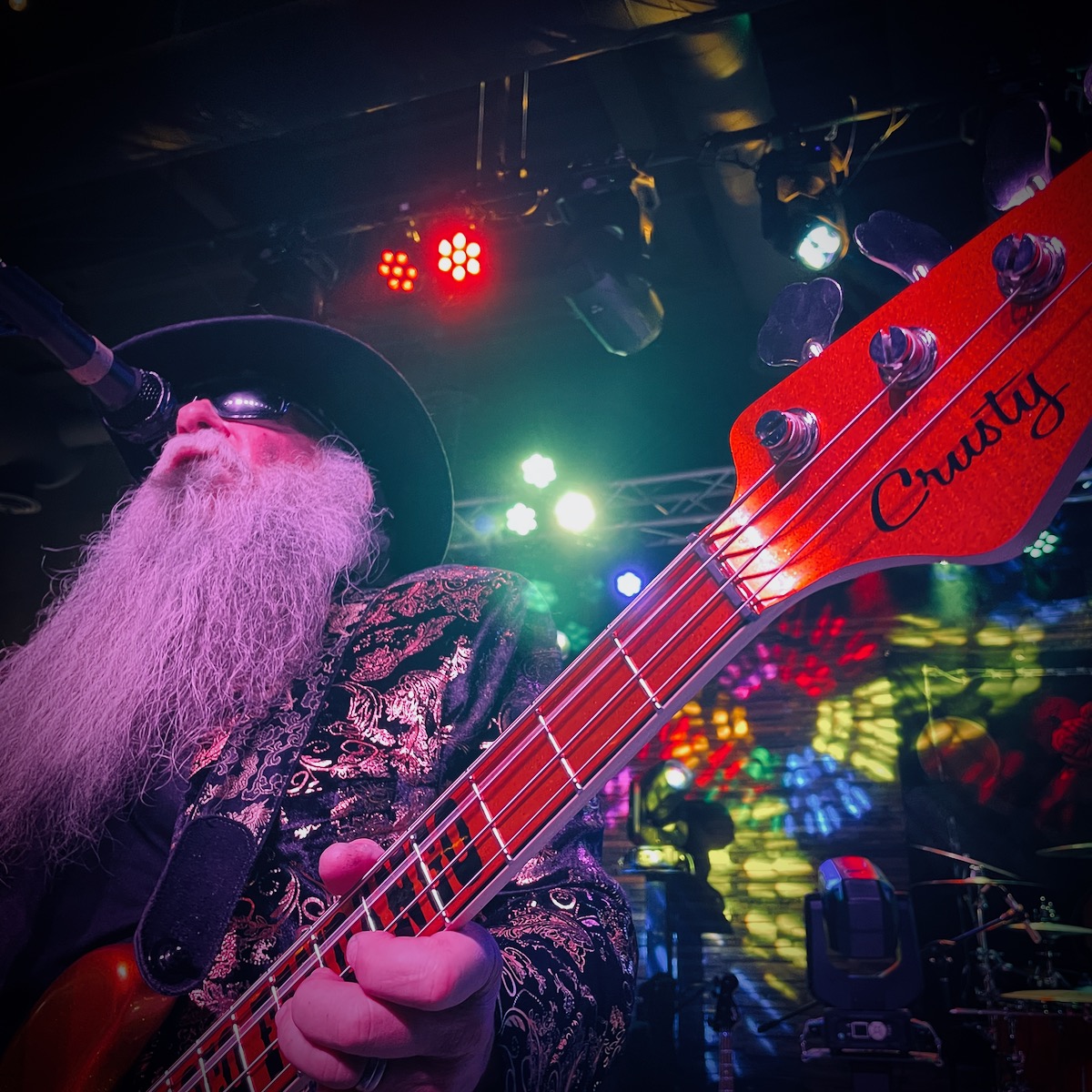 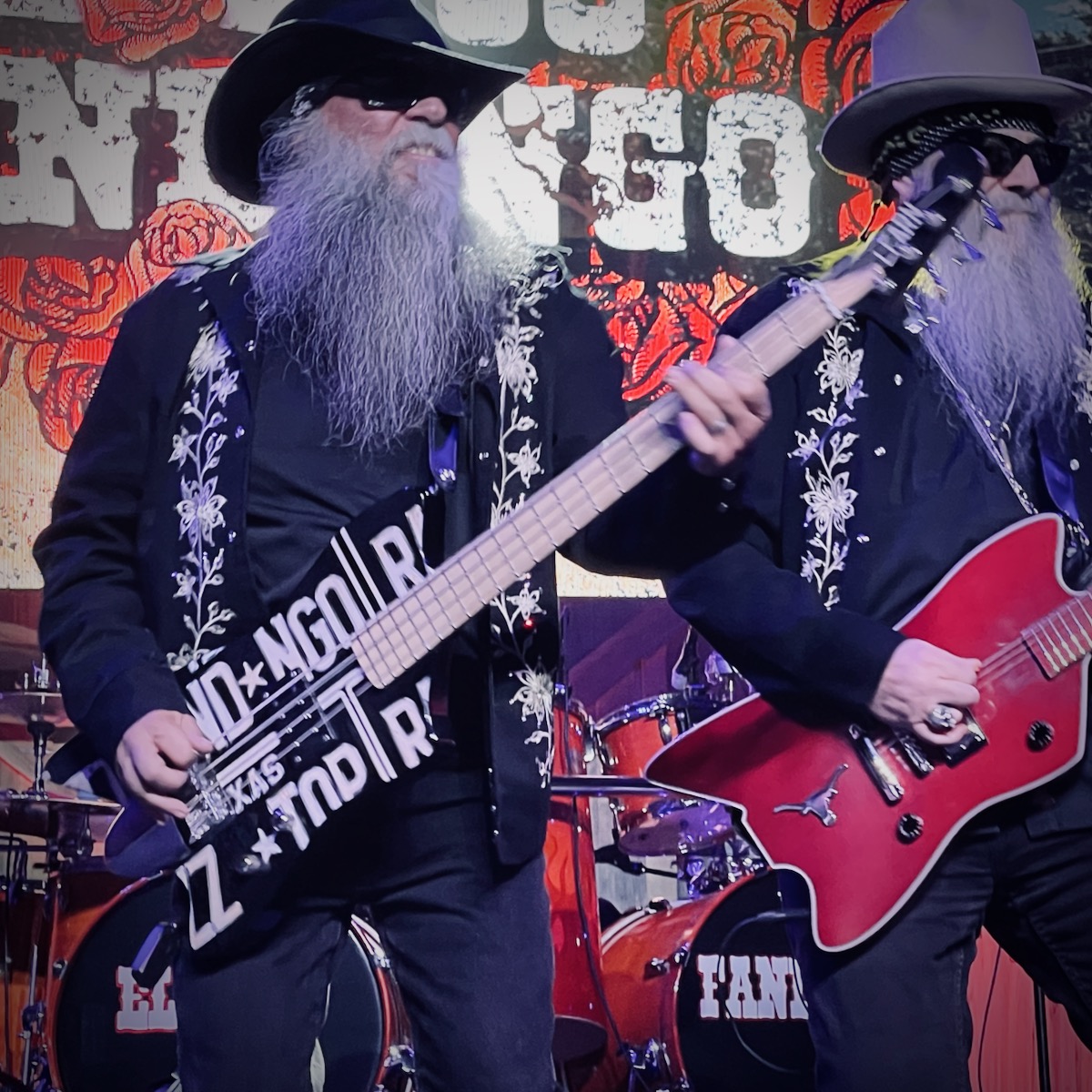 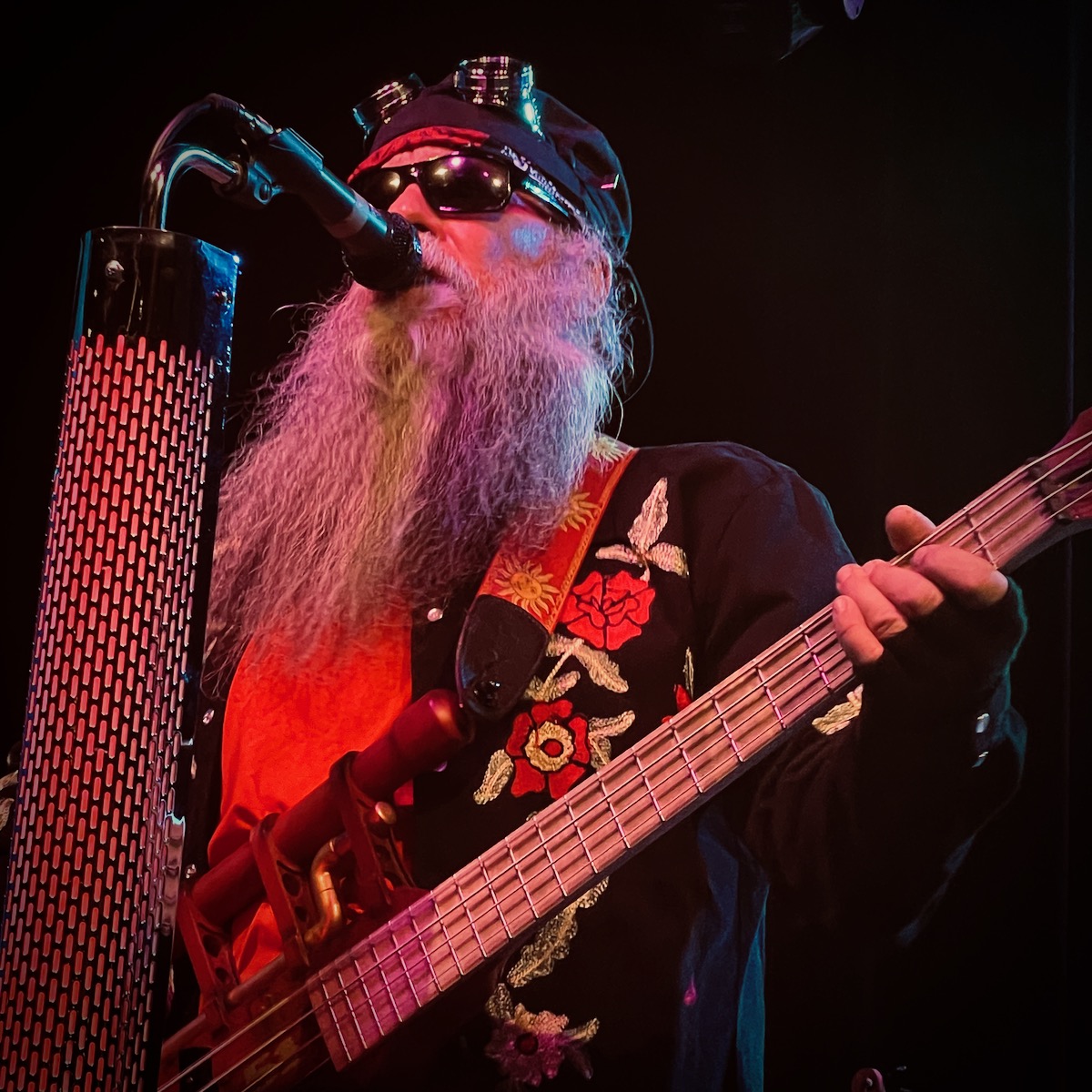 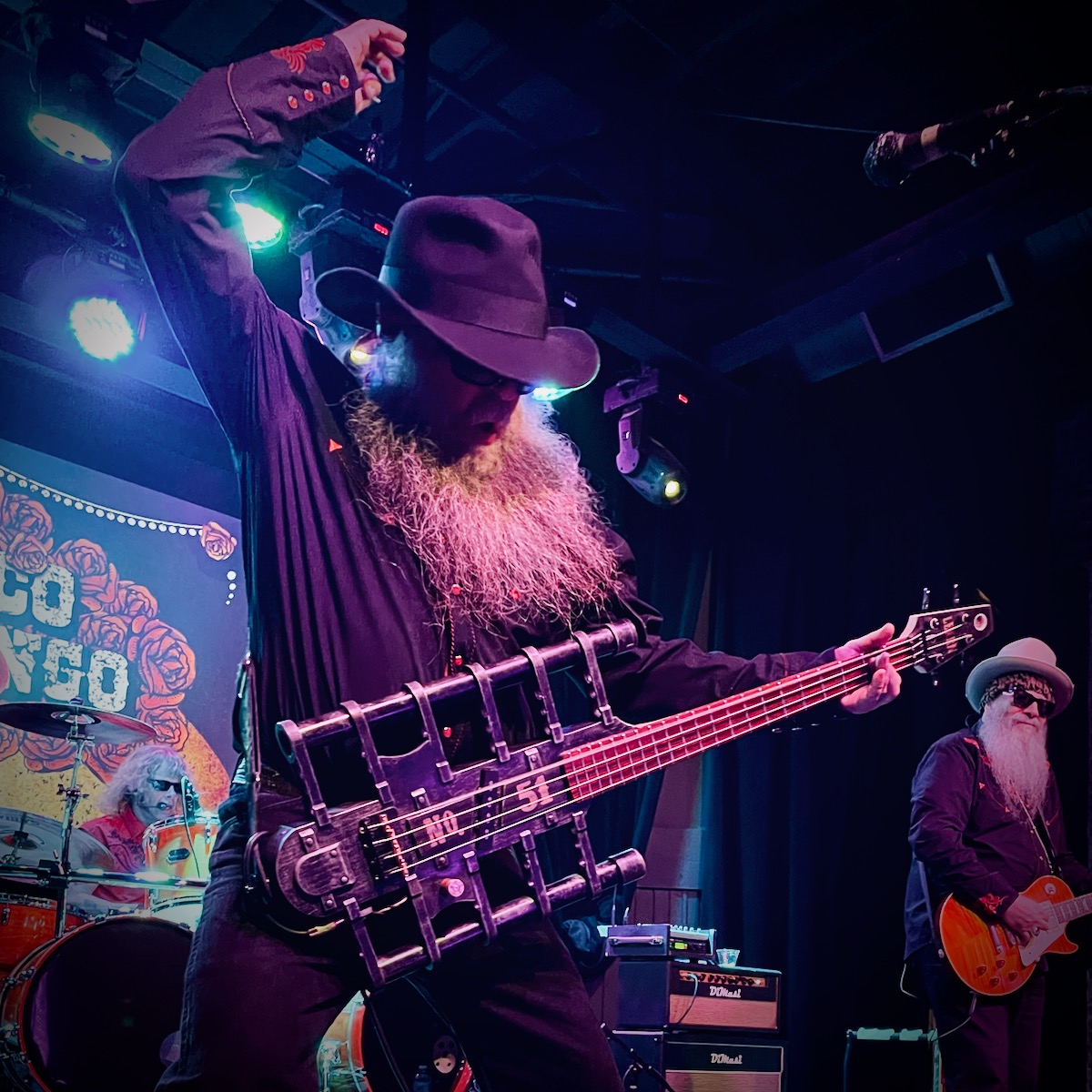 Mike Learn has played guitar for over 40 years. He recently transitioned to bass in order to be the bottom end in El Loco Fandango.
Mike moved to Colorado from Arizona in 2006 and quickly became a part of the local music scene. He was a guitarist in several cover bands and recorded two albums with the late, great Nate Winger as Lords of Distortion.

Mike is a career artist and luthier and has been drawing, painting, sculpting, modeling and otherwise “noodling” artistically since he was old enough to hold a crayon.

Mike burst onto the custom paint scene as a sought-after artist in the hot, hot, hot custom motorcycle market of the late 90’s and early 2000’s. In 2004 Mike won the prestigious “Easyriders Painter of Year Award” and that threw his shop into “over-drive” pushing thousands of bikes for hundreds of builders (Paul Yaffe, Bourget Bike Works, Jim Nasi Customs, Kendall Johnson, Jesse Rooke, Independent Cycles just to name a few) and individual clients through its doors.

When the custom bike industry took its turn, he pivoted to the music industry and connected with builders like Jackson/Charvel, BC Rich, Dean and D’Angelico to work with custom shops, endorsees, dealers, bands and musicians all over the world. Mike’s artwork has been seen on stage in the hands of well-known musicians/bands such as Phil Collen and Rick Savage (Def Leppard), Steve Brown and Pete Loran (Trixter), The Grateful Dead, Queensryche, JY and Tommy Shaw (Styx), Judas Priest, George Lynch, CJ Pierce, Zoltan Bathory and the list goes on and on. Mike is also a much sought-after album artists with his most proud moment as the commissioned artist for the Vic Rattlehead “The System Has Failed” cover for Megadeth.

In addition to painting guitars, Mike is a skilled luthier, taking on a dozen or so custom builds each year while also working on proprietary designs such as his patented “metal-tone” and “FUBAR” models. Mike’s prolific career painting bikes, guitars, guns and building custom guitars, combined with commissioned art, album cover work and a constant stream of innovation keeps his business, nimble, relevant and always feeds his many, diverse interests.